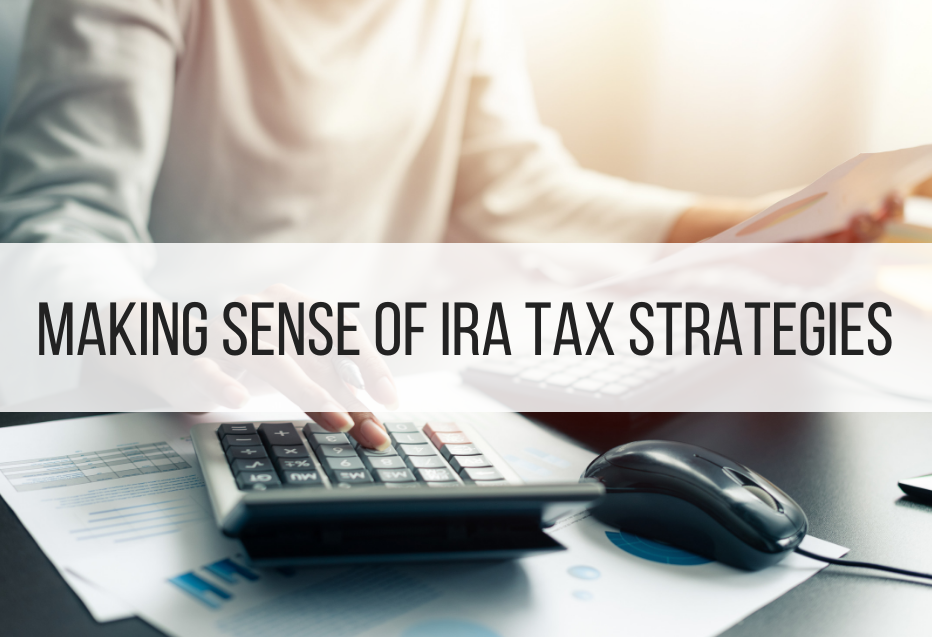 Tax-advantaged retirement accounts are an important tool for getting the most from a lifetime of earning. Traditional and Roth IRAs, 401(k) programs and other options shelter a portion of an individual’s income from taxation, whether at the time it is contributed (such as with a traditional IRA) or when it is withdrawn (as with a Roth IRA).

There are many strategies to maximize the tax benefits of an IRA. At Ferguson Timar, we think these are some of the more important ones to know:

Over a lifetime, an individual who contributes the maximum amount to an IRA account every year will be substantially better off in retirement than someone who does not. Even for people who are nearing retirement, contributing to an IRA is often still a good strategy. For 2019 and 2020, the maximum contribution an individual can make to an IRA (Roth or traditional) is $6,000, or $7,000 for people who are 50 or older.

The Roth was designed to provide an extra tax benefit to people who fall under a certain income threshold. As a consequence, Income and filing status can affect an individual’s eligibility to contribute directly to a Roth IRA. However, a taxpayer may have the option of converting all or part of a traditional IRA into a Roth IRA. Care must be taken during these transactions because any gain on the assets in a traditional IRA will be subject to tax. A conversion also triggers additional IRS reporting requirements.

Individuals are required to begin taking minimum distributions from their traditional IRA accounts after they reach the midpoint of their seventieth year. The first distribution must be taken by April 1 of the year following this milestone. After that, they need to be taken by December 31 to avoid the penalty.

And the penalty for not taking the RMD is significant: 50% of the required minimum.

The RMD is based on an individual’s life expectancy and the balance in his or her combined traditional IRA accounts. Appendix B of IRS Publication 590-B provides life expectancy standards to help in the calculation, which is quite complex. A tax advisor should be consulted to ensure the right amount is being taken before the end of each year.

IRAs typically hold a mix of cash and securities. When an RMD is made, choices must be made about which assets will be used. Some financial advisors default to taking a small percentage out of each investment in an account, which can result in the undesirable realization of losses or liquidation of investments that an individual might prefer to hold.

Fortunately, a strategy for RMDs can be crafted to cover several years into the future. A small effort now to prioritize which assets will be used to make RMDs will give long-term peace of mind. At the same time, it makes sense to automate payments to ensure compliance.

Individuals who take RMDs from a traditional IRA have several options for reducing the resulting tax bill. Consider donating to a qualified charity. Donations made to a charity directly from an IRA will satisfy the RMD requirement but will not carry over to the individual’s adjusted gross income. A tax advisor will have other suggestions based on the individual’s circumstances and goals.

The tax advisors at Ferguson Timar are passionate about helping our clients get the most from their hard-earned retirements. Do you need help making a plan for your IRA or other retirement accounts? Give us a call us today at (714) 204-0100 or reach out through our contact page.