Home Business Does Your Business Owe Taxes in Other States? 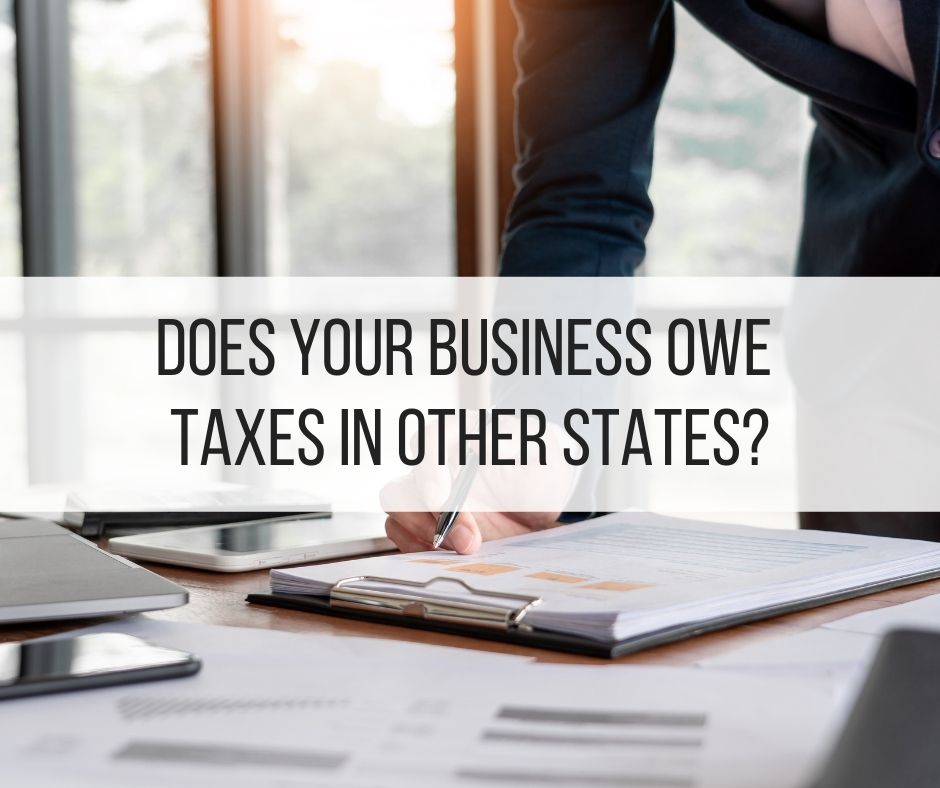 State taxes often aren’t at the forefront of a business owner’s grand strategy. Instead, federal taxes take center stage, and in many cases, state rules follow along.

In today’s economy, with moves toward remote work and “borderless” transactions, businesses are increasingly exposed to taxation in states other than where they are organized and headquartered. Understanding when tax liability arises in other states is an integral part of planning, especially for businesses that want to take full advantage of a remote workforce.

The tax professionals at Ferguson Timar are here to answer your business tax questions. These are some of the fundamental topics business owners should consider when it comes to state taxes.

When does tax liability arise in other states?

The answer to this question is often less straightforward than a business owner would prefer. For all of its advantages, the federal system allows every state leeway to create their own tax rules, so long as they meet minimum standards established by federal constitutional law. Although substantial efforts have been made to standardize rules across the country, important differences remain.

Most jurisdictions within the United States start their tax analysis by asking if a company is doing business in that state. Another term for this process is to ask whether the business has a nexus with the state. Corporate statutes define what “doing business” means. Such definitions tend to be frustratingly ambiguous. Being domiciled, or maintaining a regular office in a state, are clear examples of “doing business” in that state—even if the bulk of your work is elsewhere.

What establishes a tax nexus in other states?

In California, engaging in “any transaction for the purpose of financial gain within California” is enough to expose a business to potential tax liability in the state. California also specifies precise thresholds of sales, property value, or payroll that will trigger tax liability.

The California nexus rules are just one example among many. A comprehensive review of even a single state’s rules is beyond the scope of a blog post. Instead, let’s look at a few common ways a state establishes a nexus between it and a foreign business entity.

Consult with the advisors at Ferguson Timar

This article barely scratches the surface of a complicated and important area of tax rules. We strongly advise business owners to consult with a tax professional about any major transaction in other states to ensure compliance with local rules and, if necessary, to devise strategies to mitigate state tax exposure.

Is Charitable Giving Part of Your 2021 Tax Plan?Tax Effects of Selling a Home in California in 2021