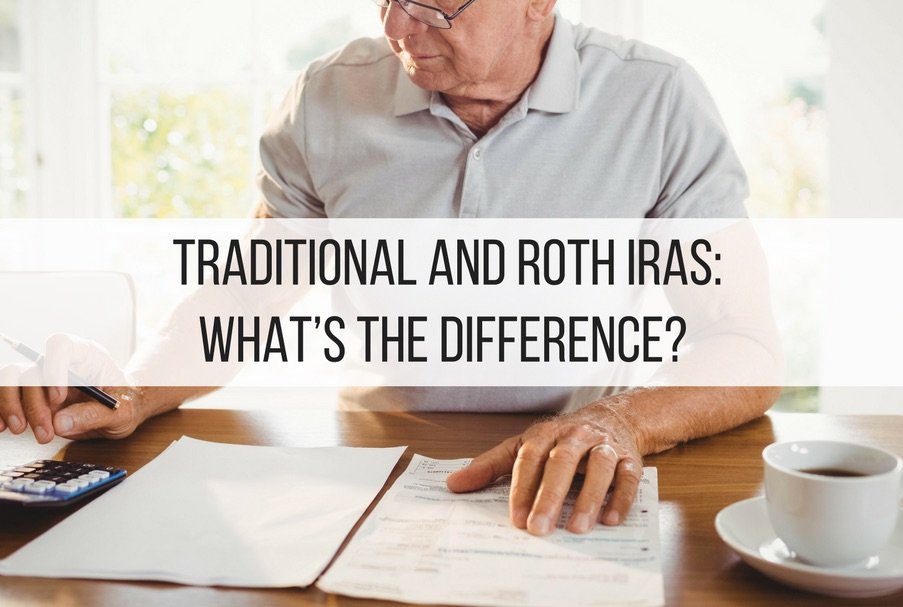 When planning for your financial future, it’s important to understand the differences between the types of retirement accounts available to you. Individual Retirement Accounts, also known as IRAs, can be split up into two common types: Traditional IRAs and Roth IRAs. Both are powerful, but one may be better for you than the other.

Let’s take a look at the key differences between Traditional and Roth IRAs.

Eligibility
Both Traditional and Roth IRAs have eligibility requirements, but a Traditional IRA is less restrictive. As long as you are under 70½ years old and have an earned income, you can contribute to a Traditional IRA. On the other hand, Roth IRAs have some income restrictions: If you’re filing as a single tax filer, your modified adjusted gross income (AGI) had to be less than $133,000 in 2017 in order to contribute to a Roth IRA. If you are a married couple filing jointly, your 2017 AGI had to be less than $196,000.

Tax Implications
The reason most people choose either type of IRA is because they both offer attractive tax breaks. When it comes to taxes, though, the difference between Traditional and Roth IRAs is found when you claim them. In a nutshell, traditional IRAs give you tax benefits when you put the money in and Roth IRAs help you when you take the money out.

When you contribute to your Traditional IRA, those deposits are tax-deductible. You can write them off on your state and federal returns for the year the contributions were made. However, when you ultimately withdraw the money at retirement, it is subjected to standard income tax rates at the time.

Roth IRAs, on the other hand, come with no tax deductions for any contributions. All contributions are subject to income taxes when you deposit them into the account. You will actually see the tax benefits of a Roth IRA later as your earnings and withdrawals are typically tax-free.

Withdrawals
Another significant difference between Traditional and Roth IRAs is when you can withdraw the savings. With a Traditional IRA, you must begin taking required minimum distributions (RMDs) when you turn 70½ years old. Roth IRAs do not require this. If you want to hold onto the money or transfer that wealth to your heirs, you can keep it in the account and let it continue earning for you. When you turn age 59½, you can begin taking penalty-free “qualified” distributions from either type of IRA. Before that, you will be subject to penalties.

Predicting the Future
No matter what, your IRA will be subject to taxation. It’s just a matter of whether you want to pay them now or later. It can be difficult to know if the tax rates will be more or less now compared to when you plan to retire. For this reason, it’s important to talk with your accountant and tax preparer at Ferguson, Timar & Company to make the right IRA decisions for your future. To schedule a consultation, contact us today.http://contac